If you watch the Today show in the morning, you know Al Roker has been all over the arctic cold front that’s now covering most of the Midwest and eastern part of the country.

This windchill image tells you everything you need to know. 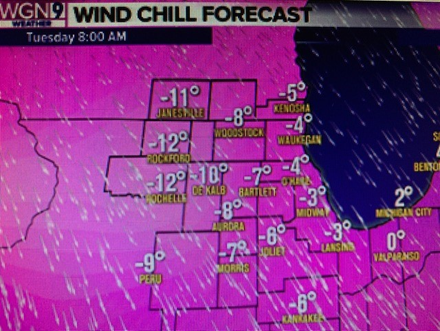 But we’re not a weather service…

We’re here to alert you to profitable trading opportunities.

So from an investment perspective, this sets up an interesting situation in Canada Goose Holdings (NYSE: GOOS).

As I’m sure you know, Canada Goose sells the premium, $1,500 jackets that appeal to everyone from men and women to children – and (if you have the extra money) even babies.

As of May 29, the company operated 11 retail stores – but it primarily sells via e-commerce in 12 countries worldwide.

Before the bell tomorrow morning, Canada Goose is scheduled to report its second quarter fiscal earnings. In reaction to its last two earnings reports, the company’s stock dropped 31.47% and 22.5%.

Will we see a similar downside move again tomorrow?

On one hand, Japan is acting as a major growth driver for the company in Asia – which could provide a boost.

But on the other hand, the Zacks consensus estimate is pegged at $0.35, which suggests no movement from the figure that Canada Goose reported one year ago.

But that’s not necessarily the case.

You see, on November 7, Canada Goose was downgraded from a “buy” to a “neutral” rating at D.A. Davidson – which included a price cut from $48 to $42 on the fear that the company’s high-end parkas and vests experienced “overzealous buying in the spring.”

As a result, Canada Goose could now be ready for a drop in sales this quarter. After all, this isn’t a jacket you need to replace each year. If enough consumers already have one in their closet, the buying frenzy could be over. And potentially the drop in sales could be trouble. 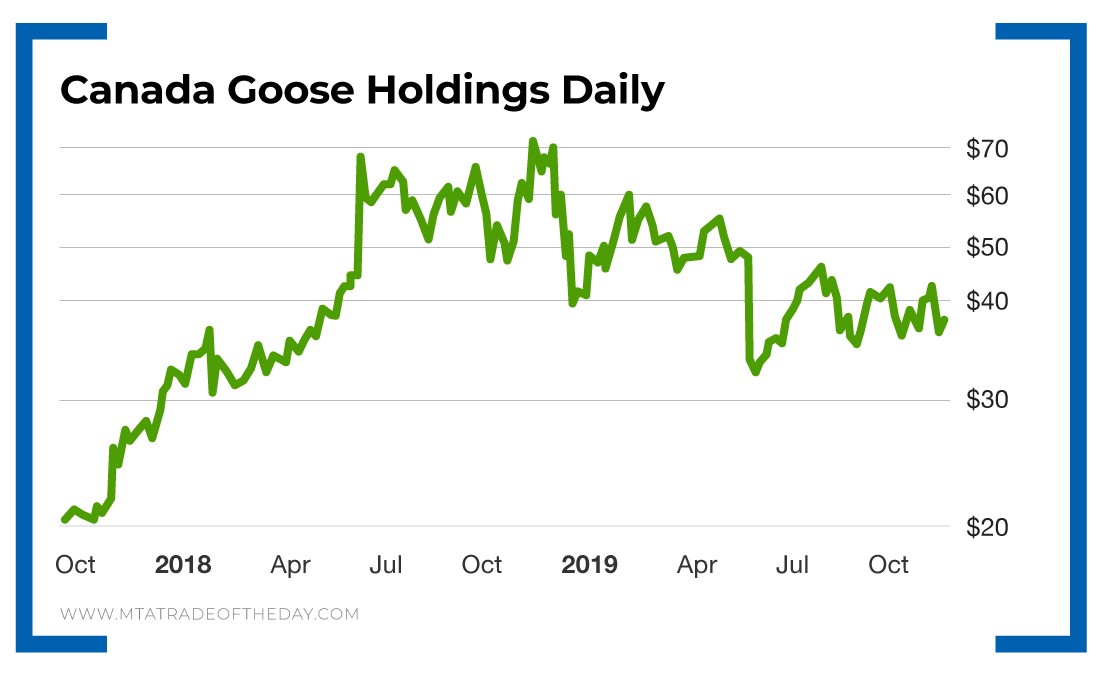 Action Plan: Looking at the two-year Canada Goose Holdings chart, you can see a tightening – and descending – range between $35 and $43 over the last five months. Depending on how the company’s earnings report goes tomorrow, this range could be broken with a downside move that extends to $30 (on weakness) or an upside move that extends up to $55 (on strength).

Given the last two earnings reactions, a downside move appears more likely. But with earnings, you never know. So aside from flipping a coin, how do you play this? Well, in The War Room, we’re getting prepared to profit off a move – whether it’s up or down. To get in on the action, you’re invited to join me in The War Room today!