Shorting an Upside Move With Tesla

For the last few months, investing in Tesla (Nasdaq: TSLA) has been like playing chess with a pigeon.

In other words, say you’re on one side of the chessboard – and you move your pawn up one spot.

On the other side of the board, your opponent – the pigeon – picks up their queen, jumps it eight spaces ahead, walks onto the board, pecks your king, flips the entire board over, sends the pieces everywhere and then declares they’ve won the game.

Well, frustrated is exactly how Tesla shareholders are feeling lately.

For starters, you have the increasingly erratic behavior of Elon Musk, who is facing a pair of lawsuits from shareholders.

The first one accuses Musk of engineering a bailout disguised as an acquisition for SolarCity.

The second one claims that a multibillion-dollar compensation package for Musk is “unjust enrichment” for him, constituting a violation of the board’s fiduciary duties.

On top of that, you have a Bloomberg report replying to complaints by the United Automobile Workers union in 2018. Administrative Law Judge Amita Baman Tracy ruled that Tesla “illegally threatened and retaliated against employees.” The judge cited a tweet by Musk in May 2018 that was in violation because it implied that employees who join a union would have to give up company-paid stock options.

Oh, and if that wasn’t enough, you have a major vehicle delivery report coming for Tesla that could decide the near-term direction of the stock.

In The War Room, Karim outlined the parameters of this report:

Tesla “has a shot” at delivering 100,000 cars in the third quarter, a new record, CEO Elon Musk told employees in a leaked email obtained by Electrek’s Fred Lambert. Last quarter, Tesla delivered more than 95,000 cars. According to the leaked email, Musk said, “We have a shot at achieving our first 100,000 vehicle delivery quarter, which is an incredibly exciting milestone for our company!” He added that net orders are “tracking to reach about 110,000” for the quarter.

With all this background noise, how can anyone possibly trade Tesla?

Well, I focused on what the sharp money was doing – essentially, what the experts were betting on.

And here’s what I learned…

Last week, a sharp paper buyer bought 1,500 Tesla October $222.50 puts for $517,500 (this buyer really wanted them, as they were bought on the ask). Looking at the chart, I said that I agreed with this put buyer, as Tesla was approaching resistance at $250.

Does this put buy give us an early indication about the company hitting – or missing – the delivery numbers? There’s no way to tell for sure. However, I tend to lean toward yes. This led to an immediate profit opportunity today in The War Room. 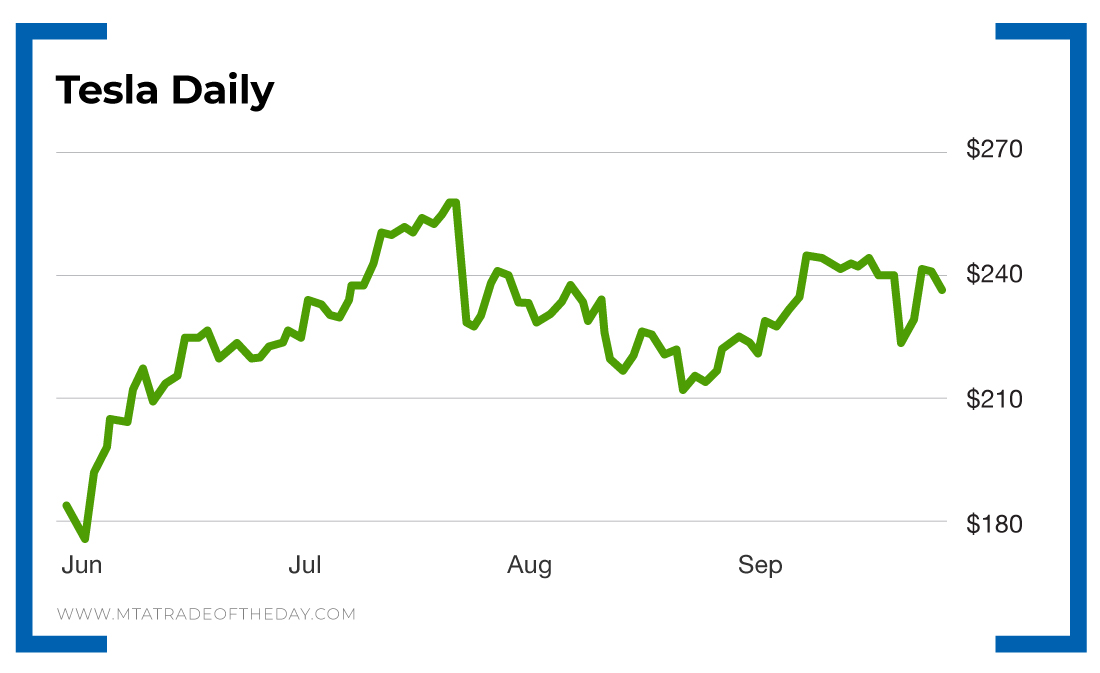 Action Plan: As you can see from the Tesla chart, a series of lower highs gave members the indication that the company was tracking lower. Add in the erratic news flow – combined with the sharp paper put buyer – and shorting Tesla this morning was easy. In The War Room, we added puts and sold them later in the afternoon for a quick 20% winner. For the time being, shorting any upside moves remains the tactical play.

Join The War Room today – and you can profit from the next downside move in Tesla. We’ll even tell you exactly when to get in – and get out! 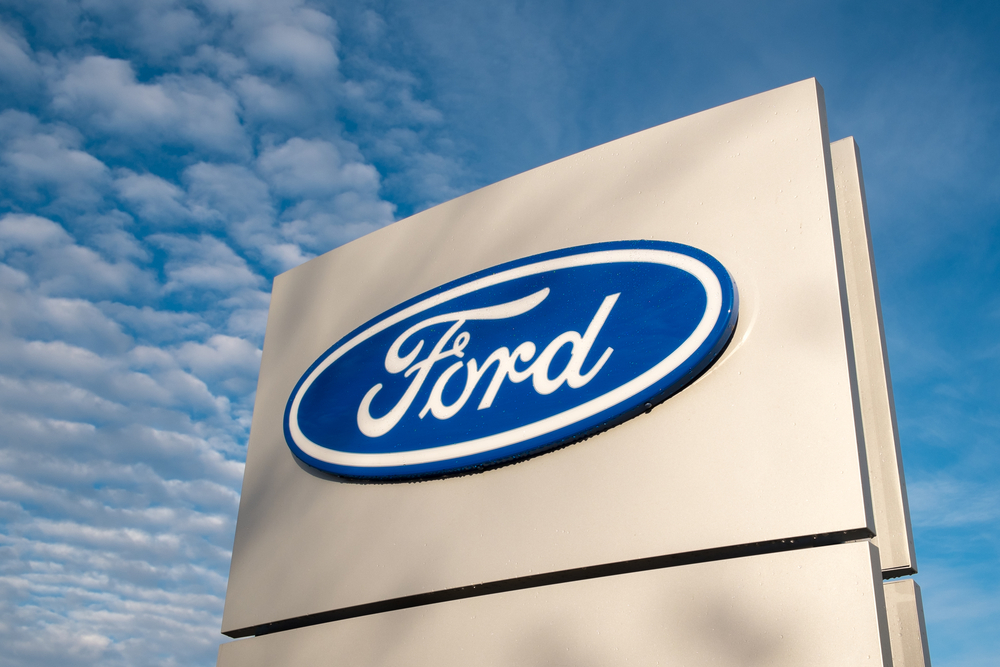 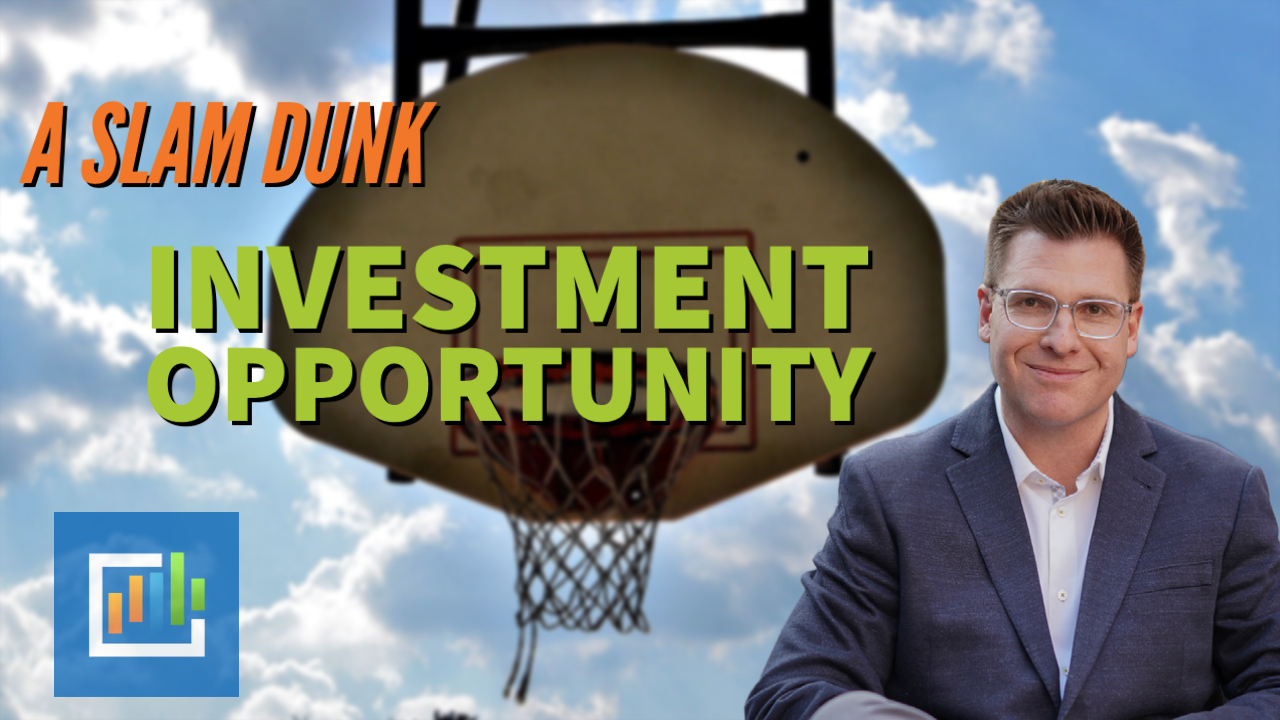 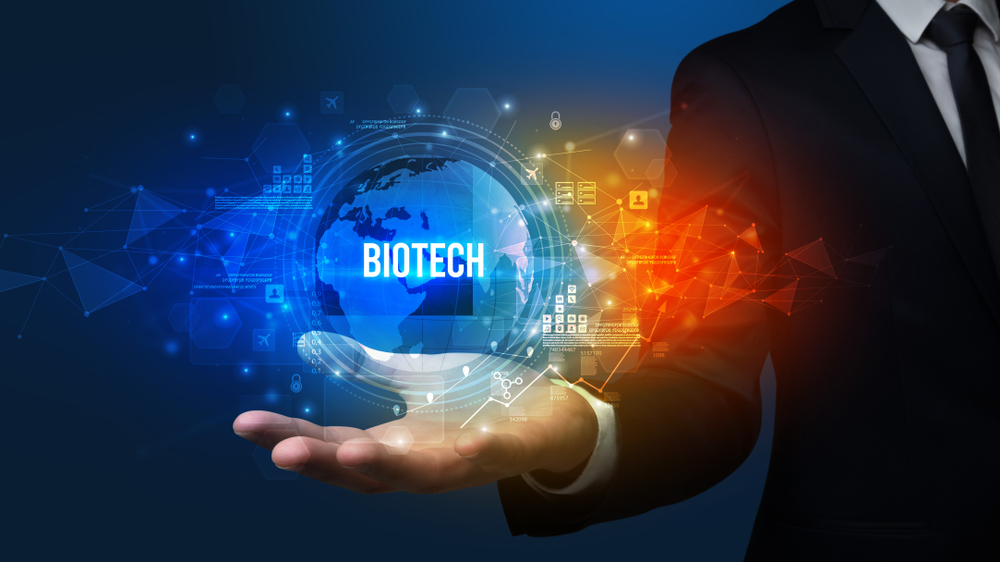