This past week was a very eventful one in the market. The Federal Reserve announced its interest rate policy and lowered rates by 25 basis points.

However, that wasn’t the news.

The news came in the meeting after the rate announcement, when Fed Chairman Jerome Powell laid out what he thinks is happening in the economy and how he and his colleagues see things playing out over the next few months.

While this was happening, the market gyrated wildly. There are many groups of investors that have to interpret the Fed’s comments in real time. One of those groups, arguably the most affected, is gold investors.

Gold moves higher when interest rates move lower. That’s the normal pattern. Low rates mean more money circulating, and that usually results in inflation. Gold is often seen as protection against inflation, as its value usually increases over time while the value of paper currencies decreases. 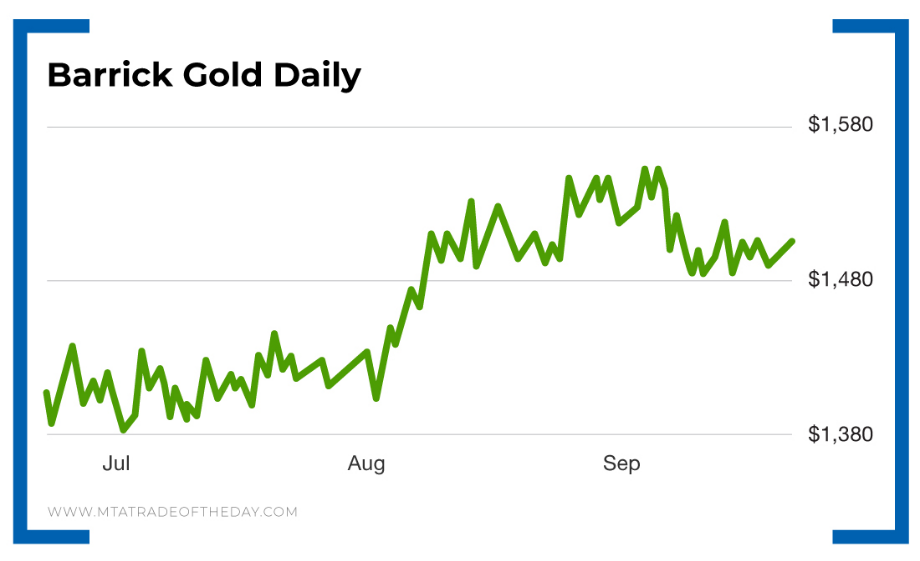 Gold also has a carrying cost. That’s the cost of securing and storing it.

In The War Room, we suggested a real-time bet on the outcome of the Fed meeting.

Members would make money whether gold moved higher… or lower. The only way to lose on a trade like this is if gold went nowhere.

So we suggested that members buy a put and a call on the VanEck Vectors Gold Miners ETF (Nasdaq: GDX). If gold reacted negatively to the Fed’s commentary, it would fall, and the puts would increase in value. If gold reacted positively, then the call options would be off to the races. 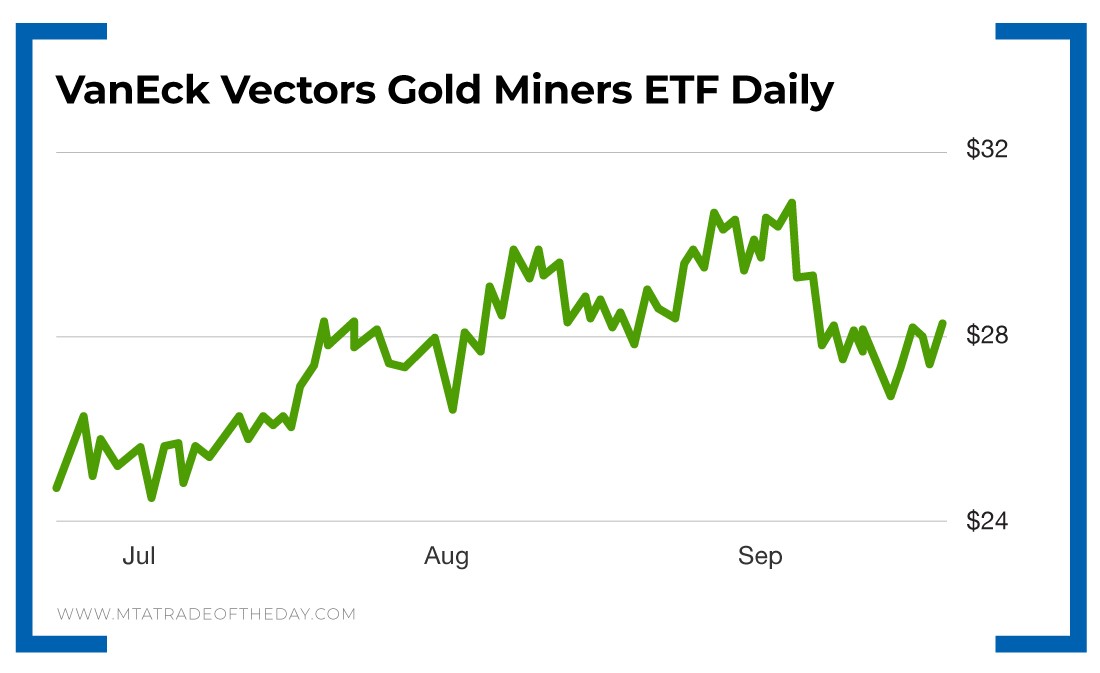 In making the bet, we wanted to be as sure as ever that no money would be lost on a volatile move that could quickly reverse. This was a recommendation that could work only in a real-time platform like The War Room because of the fast-moving nature of this particular announcement.

It played out almost perfectly.

The suggested strangle was a $27.50 put and a $29 call. The total cost to enter the trade was around $0.48. After the rate decision, the strangle moved up to around $0.75. By then, anyone who played the move had taken their money off the table. Then it was a waiting game to see whether the ETF would bounce or not.

Since members took their initial investment off the table, it was then a free trade – there was no money at risk. It bounced in the following days… but not enough to break the higher level. 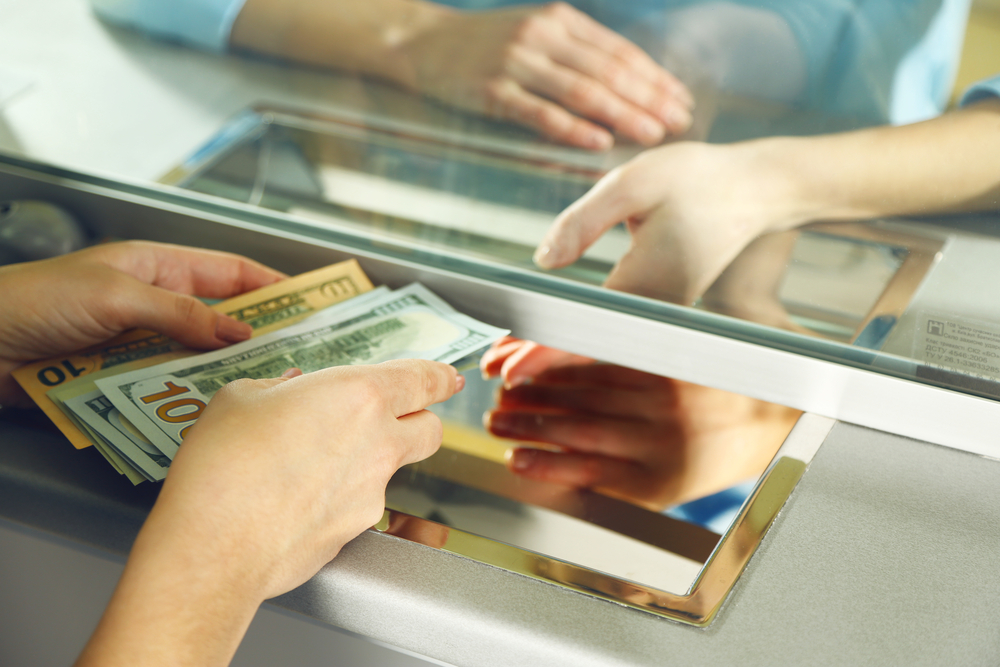 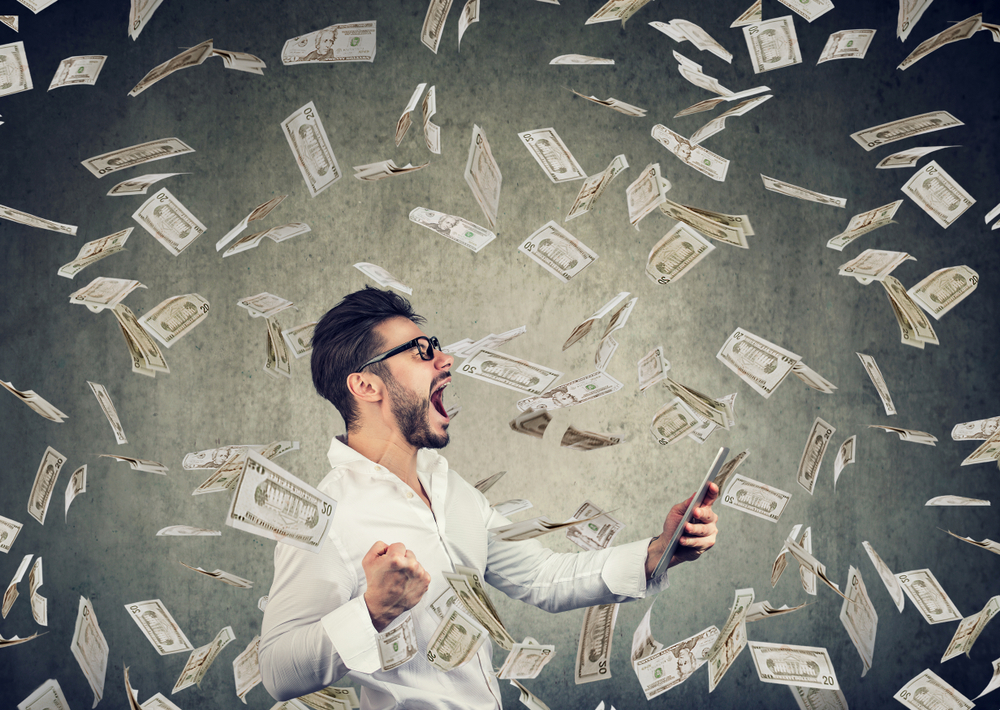