An Uber driver talking about crypto.

Every financial writer in the world has sarcastically made reference to getting tips from their Uber drivers – which marks the sign of a bubble that’s about to burst.

But I have to tell you, this just happened to me.

I’m not being sarcastic, though an Uber driver talking about crypto is an incredibly stereotypical scenario.

But it’s true – this really happened.

The conversation occurred while I was headed to the Charleston, South Carolina, airport. Karim and I had just wrapped up speaking at The Oxford Club’s Private Wealth Seminar – and I had to catch an early-morning flight.

So here’s the setup…

This Wednesday, the world’s second-largest cryptocurrency (Ethereum) is expected to undergo a major overhaul, dubbed “the Merge.”

It’ll be a complete overhaul of Ethereum’s mechanics. It is being described as a transformative moment for all things crypto.

Clearly, this could bring more excitement to the entire crypto space.

My Uber driver’s nonstop monologue about how this could trigger the next upside run was clear evidence of that.

But at the same time…

It could also make a handful of companies irrelevant and obsolete.

Specifically, it could damage companies that have spent hundreds of millions on crypto-mining hardware, which might soon be worthless. 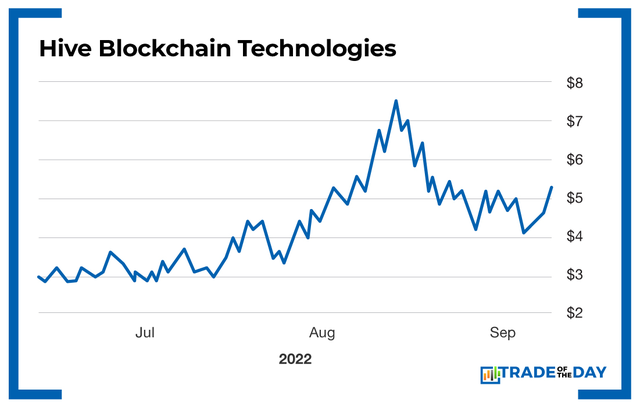 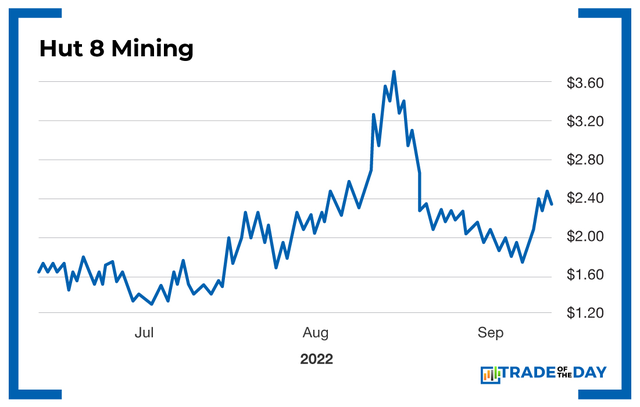 Action Plan: Both Hut 8 Mining (TSX: HUT) and Hive Blockchain Technologies (TSX-V: HIVE) have already said that the move on September 15 will make their mining businesses “less competitive.” If you know Karim and me, then you know we’ve been skeptical of the entire crypto run. Although both companies are low-priced, you could soon have an opportunity to play them down to zero.

If you want to follow more trade ideas like this in real time, come join us in The War Room. Right now, we’re guaranteeing all members will receive 322 winning trades in their first 12 months of membership.