Buy This Stock for Less Than What Bill Gates Paid

Following a visionary’s stock buys is just one of the strategies we teach War Room members to help them profit during crashing markets. Find out more here!

Bill Gates became one of the largest shareholders of Ecolab (NYSE: ECL) when he bought $230 million worth of the stock way back in March of 2018.

During the recent market dip, he added $57 million worth of shares to his position – his first purchase in four years.

What exactly does Ecolab do?

The company is a top provider of water-treatment, hygiene and infection-prevention services.

The company projects 12.7% growth for the next five years. But it’s down 27% year to date, which is probably why Gates made his move.

Specifically, he paid an average price of $173.92 per share from August 11-15, giving his Cascade Investment Fund an 11% stake in the company.

And there’s your opportunity…

As you can see below, you can now buy shares for less than what Gates paid. 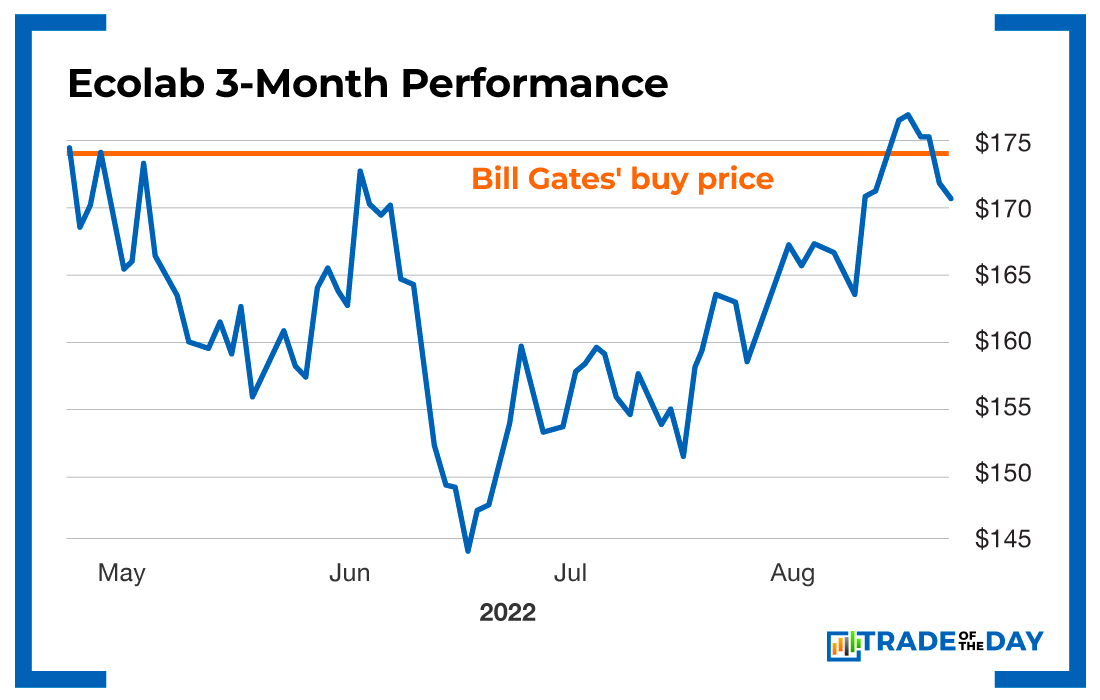 Action Plan: Bill Gates is giving every indication that he thinks there is real potential with Ecolab going forward. This makes for a timely opportunity. Gates was one of the first visionaries to foresee the threats and impacts of the global COVID-19 pandemic. Maybe water treatment is the next sector to get positioned in? If so, now’s the time to make your move.