499 S&P Stocks Moved Lower: We Owned the Only One That Went Up

You know the old saying…

One of the three gets slaughtered.

But lately, CNBC has introduced a new animal into the mix – and it perfectly describes the massive jumping around that the major markets have been doing lately… 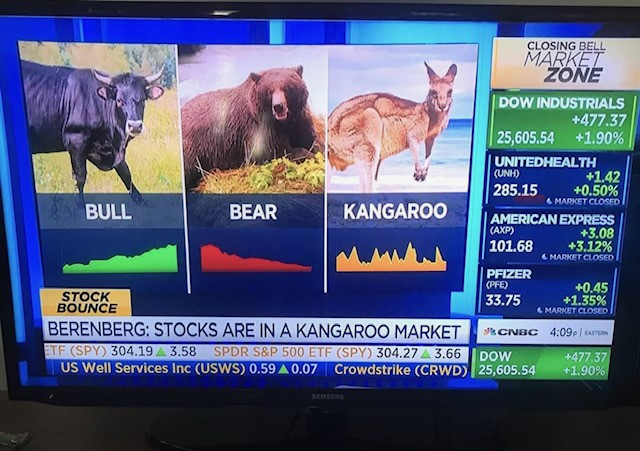 In a “kangaroo” market, the extreme daily ups and downs are as logical as a rubber bouncy ball that you throw inside a racquetball court.

I’m sure you’ve seen this market action with your own eyes over the last week.

As it looks right now, the second pandemic wave that we’ve been warning about is spilling into the markets – and that’s the root cause of the volatility.

States in the reopening process – such as Alabama, California, Florida, North Carolina and Texas – all reported a rise in new daily COVID-19 cases.

On Saturday, Texas and North Carolina reported a record number of virus-related hospitalizations.

Clearly, a second wave is here. As for trades, we want to be ready.

I have some ideas…

Right now, my favorite play among this group is Kroger (NYSE: KR). 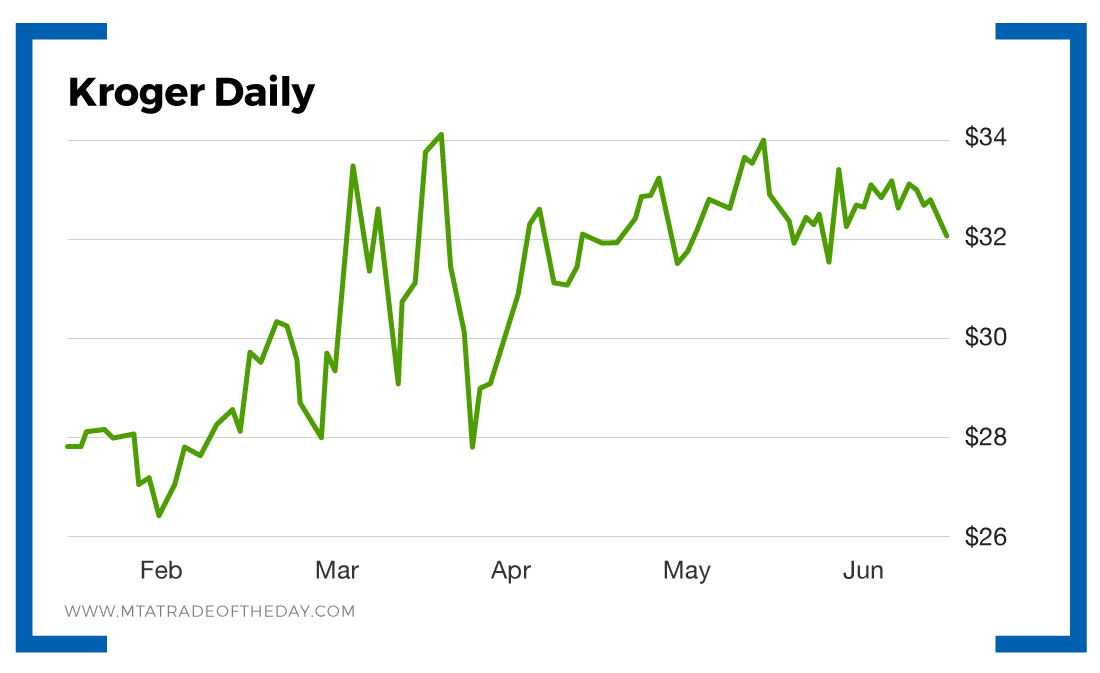 What was the one and only stock that was green that day? You guessed it: Kroger.

And – what’s even better – War Room members were holding Kroger calls that day, which made them 12% on the same day that the major market averages were crashing 7% lower.

Was that dumb luck? Far from it.

In The War Room, we go to great lengths to position you in safe-haven plays that can be profitable – even if the markets are crashing. Kroger was last week’s example, and we have many others. If you want to start profiting off these names, you’re invited to join me in The War Room today! In the meantime, you may consider owning Kroger as a safety pick. 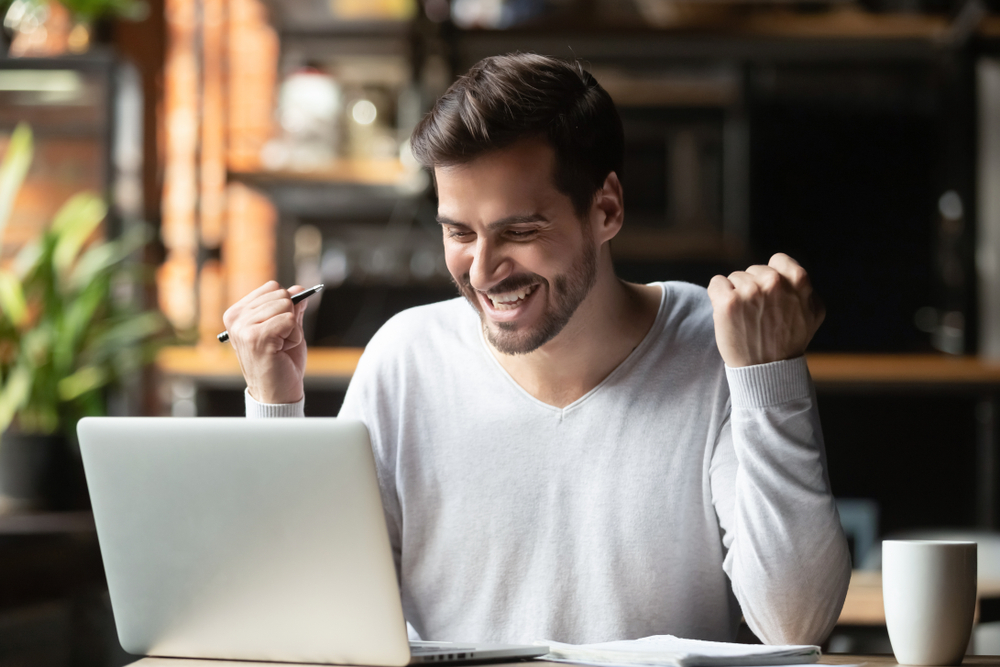