There are a lot of “signals” investors look at to determine whether to buy a stock. However, I believe one stands out above all else…

In The War Room, members have made as much as 2,058% on insider trades that I have covered.

But what makes an insider trade successful?

Here are five things I look for:

If you follow these rules, you’ll be in the green more often than not.

Just this week, one of our insider plays, Rev Group (NYSE: REVG), reported worse-than-expected earnings due to supply chain issues. That’s a common theme from many companies this year.

The stock sold off, and guess what? An insider stepped up and bought 50,000 shares for $750,000 in the open market, on top of what insiders bought a couple of months ago. That’s conviction, and the shares moved more than 30% from the lows set earlier in the week. And War Room members were in the trade. 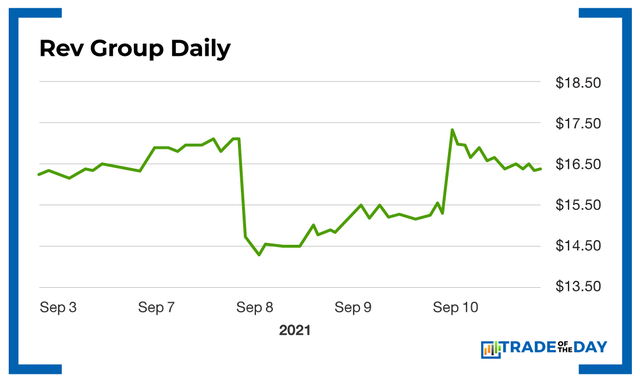 Action Plan: Don’t miss the next insider trade in real time! The place to get it is in The War Room, where I monitor this type of trade in real time, every day. Click here to join me today – and get 300 wins guaranteed in your first year!